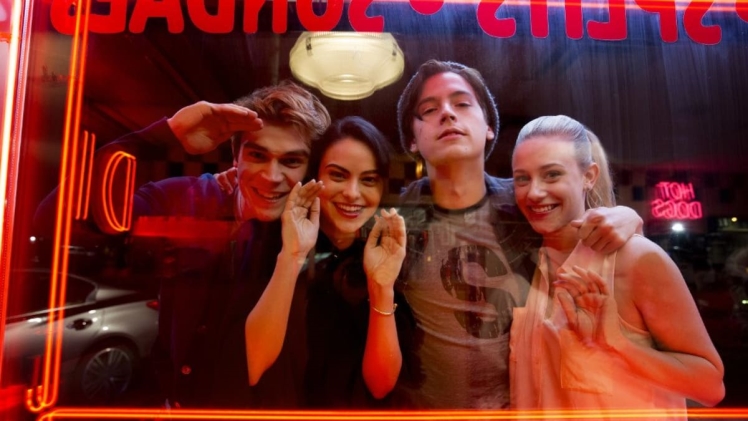 5 Favorite TV Shows to Draw Inspiration for a Party From

Making a theme party is usually a great way to increase people’s interest and immersion. It’s also a way to increase their preparation effort, which means that, in a way, it gives them a much higher involvement in the party than normally.

A TV show-inspired party is an even greater idea. Let’s face it while watching a TV show, you’ve probably dreamed of being a part of that world. With a theme party, you can give your friends a chance to experience this (which they probably never thought possible). Moreover, you’re giving them a chance to do this in a company, which is what parties should be all about.

With all of this in mind and without further ado, here are the top five best TV shows for your next theme party.

The first reason you want to host a Peaky Blinders Party is that most people are just dying to dress up in 1920s fashion and are just looking for an excuse. This guarantees that you’ll have a high attendance from square one. You should also start on the right foot and make some invites.

What does this entail? Well, people wearing tweed suits, waist coasts, three-part suits, leather boots, pocket watches, etc. While Tommy Shelby doesn’t pay for the suits (his suits are on the house, or the house burns down), you might want to set a generous apparel budget for this party. Girls should probably look at Ada for inspiration. This means slip dresses, feather scarves, elbow-length gloves, and, of course, tiaras.

Lastly, seeing as how it’s a different era that we’re referring to, the décor, the music list, and even the drink chart should be theme-appropriate. Ideally, you would go for gin and champaign. However, throwing in some cocktails to the mix will work just fine, as well.

When it comes to the dress code, this is quite simple. While you could take a harder route and ask people to dress as different members of the cast, it’s usually a lot easier to just tell them to dress for a workday.

In terms of activities, you could try hosting Dunder Mifflin Olympiad, just make sure that you stock up on necessary office supplies and make appropriate medals for all the participants. Other than this, you might want to order some trophies to emulate Dinder Mifflin Awards. Keep in mind that, ironically, this is a great idea for an actual work party.

Now, when it comes to snacks, there are so many amazing ideas that you can borrow from the show. First, you can prepare Kevin’s famous chili, which now even has a recipe (straight from Brian Baumgartner) posted on YouTube. Other than this, you can go for one of Jim’s most iconic pranks and serve a stapler or a mug in jelly. Just keep in mind that this is not nearly as simple as you may believe it to be, so look this up online, as well.

To make a Bridgerton-themed party, you have to put in an effort. For instance, while you could print your invitations, it would be far more thematically appropriate if you were to hand-write all of them. The decoration itself takes a tremendous amount of effort. However, achieving the result is usually quite rewarding.

Now, we come to the main part, as well as the main reason why anyone would throw a Bridgerton-themed party in the first place – the dresses. Going for regency dresses, gloves, and accessories is a dream for a lot of people. However, not a lot of them get a chance to experience this.

Lastly, to add some more flavor to the party, you can have everyone play Bridgerton-themed games. It’s unique, and it’s probably a first-time experience, which will make the party itself even more memorable.

This would have to be a Star Wars-themed masquerade, there are no two questions about it. However, if you wanted to be authentic, you could set some rules and hand them out as invitations. For instance, no Chewbacca and no Darth Vader. This would already make your party unique, seeing as how these two unique costumes are a must at any Halloween party.

As for the drinks, the cocktails are your safest bet, especially those oddly-colored ones. The thing is that their strange color appears similar to something that you could have ordered at the Mos Eisley cantina. Speaking of Mos Eisley cantina, there are amazing playlists and mixes that you could try out for your party. Just make sure that no one streams the party to avoid any copyright infringement strikes.

A Breaking Bad theme party can sound like both an easy and a simple thing to organize. Why? Well, the first reason is the fact that apparel isn’t that hard to find. After all, it’s a show that was filmed a couple of years back, which means that you don’t have to traverse an era to fit in. The thing is, however, that there are no black-tie events anywhere in the show. Therefore, if you want to be authentic, you might want to go with something akin to a barbecue party.

Now, for the most iconic part, you want to go with the edible “blue crystal meth” snacks. The recipe is really easy actually. First, add ¼ cup of water to the pot and add 1 cup of sugar. Next, add 6 tbsp. of corn syrup (ideally, it would be light) and some blue food coloring. Now, remember, you want it to be bright light so go a bit easy on it. Next, you mix it and boil it until the temperature reaches 300 degrees Fahrenheit. Then, you pour it into a tray (it should be gooey at this point) and leave it there to cool for at least an hour. Lastly, you just get it out and crack it into pieces of crystal.

Other than this, you could also try to go a step further by preparing Gale’s best coffee in the world. Just keep in mind that you might have to order some beans in advance.

Whatever you do, it’s important to keep two things in mind. First of all, it doesn’t have to be a 100% authentic experience. Just remember how big of a budget these TV shows have, and you can’t expect someone to fully commit to buying a three-piece suit for a single party (Peaky Blinders party, i.e.). It would be nice if they did, but you shouldn’t expect or demand it. Second, pick something close to your heart (something you watch) and not something that just looks cool. This way, you’re already entering this project with a healthier mindset.

8 Handmade Gifts Ideas to Surprise your Best Friend on Christmas