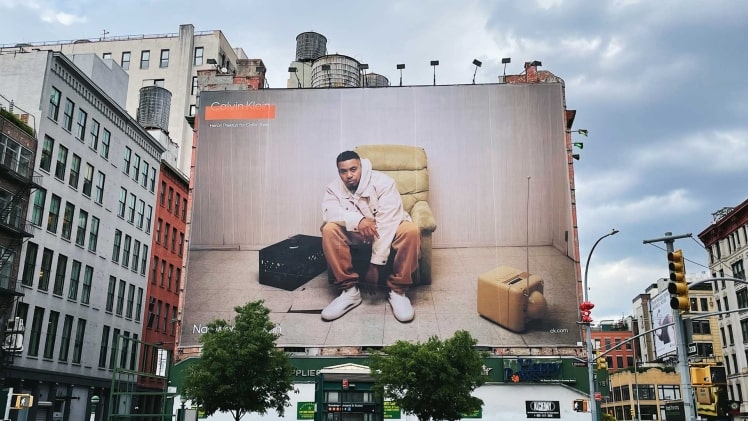 Out-of-home media (OOH) fell out of favor in many parts of the country when people left their homes significantly less during 2020. One location that didn’t feel as much of an impact was Colorado Springs, the second-most populous city in its state. Because of its demographic and location, it maintained a higher degree of normalcy compared to other big cities.

Its active military personnel along with its proximity to Pikes Peak and other outdoor activities meant that people still left the house frequently in Colorado Springs while other places were shut down entirely. Colorado Springs billboards and other OOH media continued to garner views from people heading to work or on their way to socially distance in the mountains.

Of course, views are important in any marketing campaign, but those views only matter if consumers decide they want the product or service. Colorado Springs is a unique market when it comes to converting views into sales. With a continuous influx of military personnel and a strong tourism economy, the market offers many groups of people to reach. Here are some key marketing tips for effectively using OOH media in Colorado Springs.

Home to the United States Air Force Academy and U.S. Space Command, Colorado Springs has nearly 45,000 active-duty troops, including the bulk of the Space Force’s 13,000 troops. Overall, the town has a population of 478,961 according to the 2020 Census Bureau. This includes more than 100,000 veterans and reservists.

If you are running a general campaign to reach Colorado Springs residents, this data gives you a good idea of the average consumer in the area. They typically have a strong sense of national pride since they chose to serve their country. More specifically, they might have a thrill-seeking component and feed off adrenaline if they were pilots in the program. Colorado Springs billboards can capture this audience’s attention with USA-themed images or witty puns related to high altitude.

American Pride Extends Beyond the Troops

Not only is the mountain-based city home to many active-duty troops, it is also home to a United States Olympic Training Center. One of only two in the country, this site serves as a training facility for U.S. Olympic and Paralympic athletes. Some of these athletes reside at the training center for months or years, and others drop in as necessary if they are training with a team.

Once again, this unique aspect of the community lends itself to effective campaigns with Colorado Springs billboards that focus on American pride. These athletes dedicate their lives to representing their country and winning a gold medal to hear their national anthem played at the Olympics. Images with the American flag or marketing slogans featuring gold medals will engage the passion of these athletes and their coaches.

Know the Other Organizations in Town

Colorado Springs has been dubbed Olympic City USA for a reason. In addition to having one of the two training campuses for athletes, it serves as the headquarters for the United States Olympic Committee and the United States Anti-Doping Agency. Furthermore, the town is home to more than 50 non-Olympic sports organizations, such as the National Strength and Conditioning Association and USA Ultimate.

Know When Big Events Are Happening

With the U.S. Air Force Academy and a U.S. Olympic Training Center, Colorado Springs already provides a consistent wave of new consumers entering the market. However, there are certain times of the year when additional groups flood the town. Each year, the community hosts the Colorado Springs Labor Day Lift Off. An annual event that began in 1977, this is a hot air balloon festival that takes place near Prospect Lake.

The weekend-long festivities draw hundreds of thousands of interested observers. In 2022, an estimated crowd of more than 200,000 gathered to watch nearly 80 hot air balloons take to the skies. As you’ll recall, this area loves objects that soar into the air! This includes balloons that move much slower than military jets. If you are trying to reach a larger crowd than normal, Labor Day weekend could serve as a great opportunity to launch your OOH campaign.

Colorado Springs is a wonderful setting for people to live and visit. Whether it is active-duty troops, retired military personnel, Olympic athletes, or anyone else, people are routinely outside their homes and engaging with OOH media. Because of this, Colorado Springs billboards and other marketing campaigns can be highly effective. These tips should help you understand the community even more to maximize your OOH marketing.

How Can Small Businesses Grow and Prosper by Managing Risk?